I’m so excited to share Don Cabrera’s story. We met during the Charice and Lea Salonga concerts. 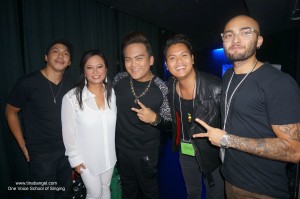 I guess the aim of this is to shed light on how to build working relationships as a musician or performer.  I see a common thread in successful musicians, that it’s all about the people you surrounded yourself with, not only was Don very talented but he worked on his craft and developed strong relationships over time with people.

In this interview we focus on the idea of how important networking is and creating a community so together we work to lift each other up.

That is why he created the West Sessions – a Jam night which will be held on the 18th of May, 2016 at the Blacktown Arts Centre.  Doors open at 6pm.

He chats about the dos and don’ts during a Jam session.  We dive into his musical upbringing, how he motivates himself, his mentors and his vision for the future.

Dominic is one of Australia’s top drummers and is an in demand session musician from Sydney. He works with Sony Music Australia, Warner Music Australia and has performed with artists such as:

Dom regularly appears in television shows and features including X-Factor, The Voice, The ARIA Awards, Young Talent Time, The Morning Show, The Today Show, Sunrise & Mornings. He teaches privately, upon request, and has hosted popular collaborative jam sessions/residencies, where Sydney’s creative and performing arts community are of constant attendance.

Dom’s first encounter with playing the drums was by getting in trouble with his primary school teacher while banging beats on his little school desk as a child, back in the Philippines. The teacher saw the potential and talent behind the energetic troublesome boy and cultivated it by letting him share his gift, playing a solo marching snare piece for the annual school festival that year. That ignited a flame and passion that would never be extinguished.

Having started with the guitar at the age of 9 and the bass after moving to Australia at the age of 13, Dom has always been exposed to music of all styles, growing up and coming from a family of musicians. He gained experience throughout his teens playing for his youth group all around Australia. These years of being self-taught were very crucial to him, allowing him to find and harness his natural strengths as a musician and discovering his own style, voice and character. Dom would play anything and everything by ear when he listened to the radio/TV, while keeping a special place in his heart for melodic rock.

After being the most prized all-around musician in his high school, Dom finally found home in the drums once again, deciding to make it his full-time instrument. The movement, physicality, style, raw expression, musicality.. everything about the craft made him fall in love with the art of drumming.

Dominic was offered a Bachelor of Music course at the Australian Institute of Music despite not having his Higher School Certificate. During the years of studying and gigging, he has toured, performed and recorded with some of Australia’s leading and upcoming talents. He has learnt from some of the world’s best musician educators and his studies and exploration has led him to finding a deep passion for experimental music.

Dcd is available for private lessons and is currently regularly playing with Cyrus, SSJ & Jeremy Gregory.

A couple of years ago, Don had a heavy feeling of incompletion and couldn’t shake it off. He had made a career out of playing music in the “city scene” but it felt selfish and distant from the people who raised and nurtured me in the arts. He missed his peers who mentored him and had the same passion for music, without ANY money or politics involved.. Just for the pure love of it.
Don and his friends have the opportunity to give back, reconnect, (hopefully) inspire, and just have a fun old time sharing music with anyone and everyone; the youth groups, the churches, the schools and multicultural families.

“After all, some of the heaviest mf’s come from the west 😉  Please join us for some nights of good vibes and let’s make the scene back home alive again 😉 The West Sessions.” Says Don!

So tell me your go to song during a Jam session?  What insights did you get from Don?

See you at the Jam! Tina 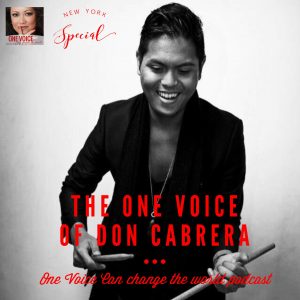